John is one of our country’s top functional orthodontic experts and the founding president of the Dentist Orthodontics Society. He also specialises in jaw, head and neck problems and is a Distinguished Fellow of the American Academy of Craniofacial Pain.

John’s passion for dentistry has taken him all over the world. He’s lectured in the United States, Australia, Canada, Romania and even Zimbabwe. John has even spent three years in the Arctic fixing the teeth of Native Indian and Inuit people.

John has an incredible wealth of experience (and air miles) and is a massive asset to the team at Epsom Dentalcare.

Dr Lance Mundy started his career as a Maxillofacial house surgeon at Waikato Hospital, where he learnt all about the management of severe facial trauma and put his surgical skills to good use. Lance then made a move into private practice, first working as a locum in central Otago, and then working with Dr John Burford. Lance’s passions lie in a wide range of orthodontic treatments and cosmetic dentistry. He is known for his gentle nature and fresh approach to a dental world that many are apprehensive of. Lance gets a lot of satisfaction from treating patients with dental anxiety, and those who have neglected their dental care for many years.

Lance recently tied the knot with Dr Inah Mundy (nee Kim), who is also a Dentist, and works at Dentalcare West. When he is not spending the weekend with Inah, Lance will usually take to the forest to mountain bike, or hit the slopes to find some nice powder!

Dr James Philpott honed his craft in Dunedin before going on to study in Australia and the United States. He’s an excellent all round dentist with a particular flair for orthodontics. He is the go-to guy for those really tricky cases and gets a massive kick out seeing the difference his work makes to patients smiles and confidence levels.

His other passion is children’s teeth. Even the wiggly ones destined for tooth fairies. He’s great at relating to reluctant little people and is passionate about early intervention to achieve the best results.

In his down time he loves whipping up gourmet meals for his family. Then bugging them to brush their teeth and floss afterwards.

Alana Costley started working with John way back in 1997 when they were both young. She took a lot of time off in those days because she represented New Zealand in international trampolining competitions in faraway places like Bulgaria, Outer Mongolia, and Hokitika.  Now it’s her son who does this bouncing stuff for New Zealand while Alana is the boss of the clinical side of Epsom Dentalcare. Alana worked for a dentist doing goobie sucking and those sorts of things in an office in downtown Auckland for about 5 years. But she wanted to learn how to bend wires and make plastic bits and pieces so she did that laboratory stuff with John in Burford Dental Group [as it was then]. Alana went on to become a Registered Orthodontic Auxillary [a NZ qualification] and also a Senior TMJ Assistant after completing courses and passing exams with the American Academy of Cranio Facial Pain in the US. She also attended courses in California to become a Qualified Myofunctional Therapist and has her Certificate in Small Business Management in NZ. You can see that Alana is very highly qualified. You can phone her with a dental problem and she will be able to help you. 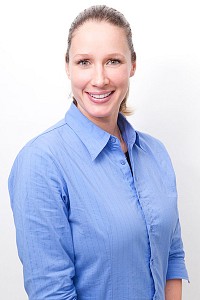 Ilona - one of our Registered Orthodontic Assistants - has come all the way from Switzerland to our office. She was a dental assistant there and she also has a diploma in medical massage. Ilona has lived and worked in England, France, and Monaco and has been a bit of a world traveller. She has now settled down in Auckland [we are grateful for that!] and she married a good looking kiwi bloke in early 2009! Ilona is very popular with our orthodontic kids, and she would be happy to converse with you in English, French or German! Ilona has also sat courses and passed exams in the United States to become a Certified TMJ Assistant. 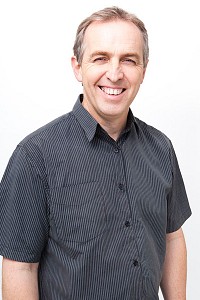 Peter is another of our staff with an interesting background. He was born in Andover in England and came to New Zealand as a teenager. School in Papakura, and then he became a dental technician trainee at Middlemore Hospital. He then worked as a dental technician in Auckland, Wellington, and Christchurch. In the 1990's Peter shifted to Sweden. Over 7 years he played music, produced 5 CDs [mainly for reiki, relaxation, and healing], became involved with alternative health therapies and sound healing, and built instruments [especially guitars and American Indian flutes]. What instruments does he play you say, acoustic and electric guitars, lakota cedar flute, occarino, pan pipes, piano, synthesisers, black flute, kantele, didgeridoo, tingshaws, lap harp - and, oh yes, he sings.